THE HOUSING MARKET – What does the future hold? 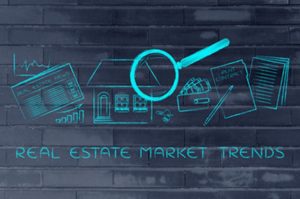 According to data from the National Association of Realtors, the median price for an existing home rose to just under $354,000 as of November – an annual increase of 14 percent. Economists predict that the prospect of higher interest rates could act as a brake on home price gains in 2022, because paying more to service mortgages leaves homebuyers with less money for payments each month.

Redfin chief economist, Daryl Fairweather, said that real estate activity will spike in the first half of the year as buyers and sellers alike scramble to close deals before rates rise. She predicted that 30-year mortgage rates will rise from their current level of about 3 percent to 3.6 percent by the end of 2022, which would translate into an additional $100 a month at the median. Despite the rate pressure, however, Fairweather predicted that home prices will tick up by just 3 percent in 2022.

But while home prices might be cooling, renters aren’t going to get any kind of relief yet. “Rents are increasing at double digits,” said Jay Hatfield, the found and CEO of Infrastructure Capital Management.

If the government still calculated inflation today using the same models it used back in the 1970’s, the spike in rent costs this past year would have been reflected in a real inflation rate north of 10 percent – a big reason the current inflationary climate has created greater financial challenges for renters. “This has basically never happened before. We’ve never had this kind of national inflation for rent,” Hatfield said.

Fairweather predicted another year of higher rents, estimating a 7 percent increase nationwide in 2022. “Demand for rentals will be strong for several reasons,” she said. “The end of mortgage forbearance will cause many homeowners to sell and rent instead. As the pandemic subsides, more people will choose to live in cities where it is more common to rent.” In addition, she said, the booming labor market and the ability to many knowledge-economy workers to do their jobs remotely could also trigger demand for rentals if newly arriving resident want to rent before they buy homes.

The supply of homes will remain an issue, economist say. A report in June commissioned by the National Association of Realtors found that the U.S. housing market has a demand-supply gap of 6.8 million units and that higher prices for materials and labor will make closing the gap even more challenging.